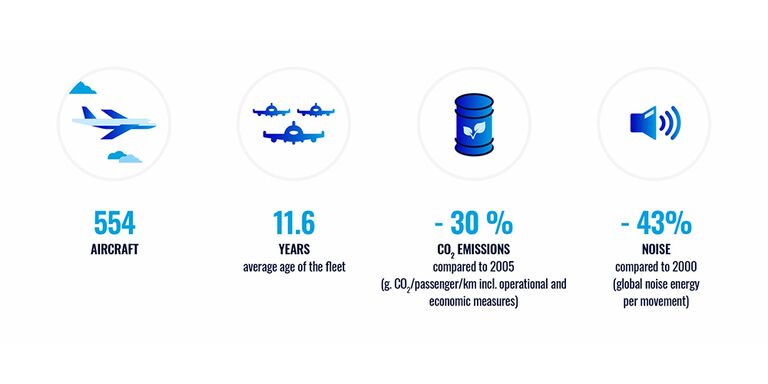 AFKLMP Cargo welcomes every innovative idea to reduce the weight of its aircraft. The lighter an aircraft is, the less fuel it consumes. Since every kilo counts in the air, we are continuously working to reduce weight on board. We use lighter cargo nets, containers and pallets. For instance, our cargo nets are 50% lighter than standard pallet nets and save 795 liter of kerosene per year. This accounts for 2.5 tons of CO2 reduction per year per net. 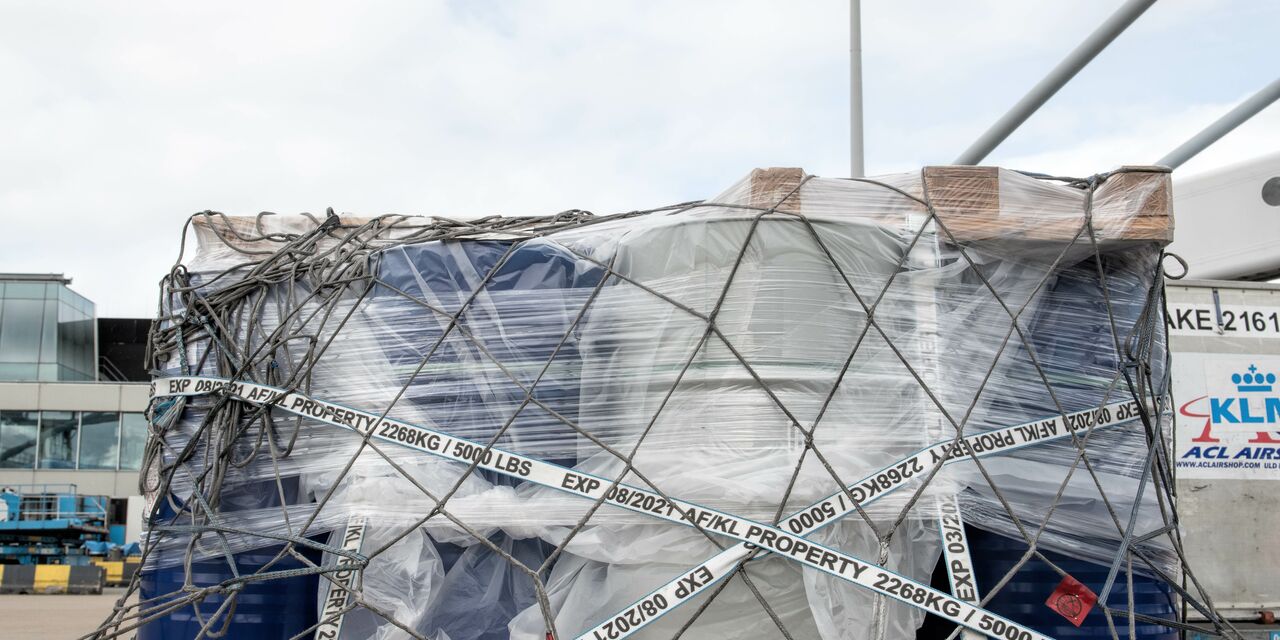 Another example of our commitment to reduce weight is our innovative painting system. This system allows us to reduce the paint weight of the aircrafts by 15%. Curious how this works? Please see the video below.

Pilots of the Group are trained to apply the most fuel-efficient procedures possible: flight plan precision, speed adjustments and optimized procedures, landing configurations, and, on the ground, taxiing with one engine. For example: Furthermore, we optimize the performance of our aircrafts with:

We are pursuing a proactive policy of fleet renewal and modernization, thereby contributing to the improvement in the fleet´s energy efficiency and a reduction in its environmental footprint. 2019 marked the entry of the three first A350-900s into the Air France fleet.

On May 20th 2020, in the context of the current COVID-19 crisis and its impact on anticipated activity levels, the Air France-KLM Group announced the definitive end of Air France Airbus A380 operations. Initially scheduled by the end of 2022, the phase-out of A380 fleet fits in the Group fleet simplification strategy of making the fleet more competitive, by continuing its transformation with more modern, high-performance aircraft with a significantly reduced environmental footprint. A380 will be replaced by new generation aircraft, including Airbus A350 and Boeing 787, whose deliveries are ongoing. Air France also placed an order for ten more A350-900s and 60 A200-300s, thereby accelerating the renewal of its fleet and anticipating the phasing out of less-energy-efficient aircraft.

In the next period, fleet modernization results in phasing out of KLM´s B747-400s and replacing them with B787-10s, and in the ongoing growth in the A350-900 fleet within Air France. The introduction of an A220-300 for Air France as of 2021 and the EMB 195 E2 for KLM will also enable the modernization of the Group´s short and medium-haul fleet. 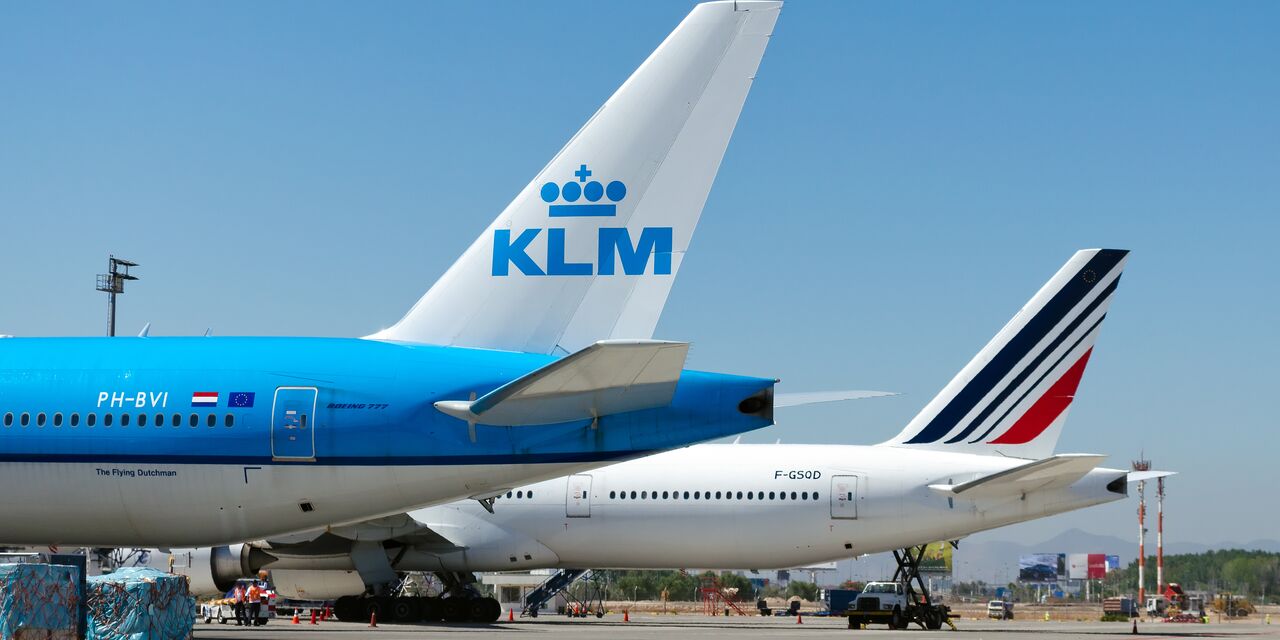 Since 2012, the AFKL Group has been subject to the European Union Emission Trading Scheme for greenhouse gas emission quotas (EU-ETS). The global market-based mechanism established by ICAO, known as CORSIA (Carbon Offsetting and Reduction Scheme for International Aviation), aims to limit the CO2 emissions from international aviation by targeting carbon neutral growth relative to the 2020 baseline. Air France, KLM and the other IATA airline members continue to work actively on the implementation conditions of this agreement.

2019 was the first year of CORSIA reporting in order to determine the baseline for international emissions (the CORSIA agreement baseline being the average of the years 2019 and 2020); the Air France-KLM group complied with this reporting at the end of April 2020.

The implementation of CORSIA offsetting will begin with a first phase from 2021 to 2026, based on the routes between States volunteering to contribute, i.e. currently 81 countries, representing around 76% of international aviation activity. 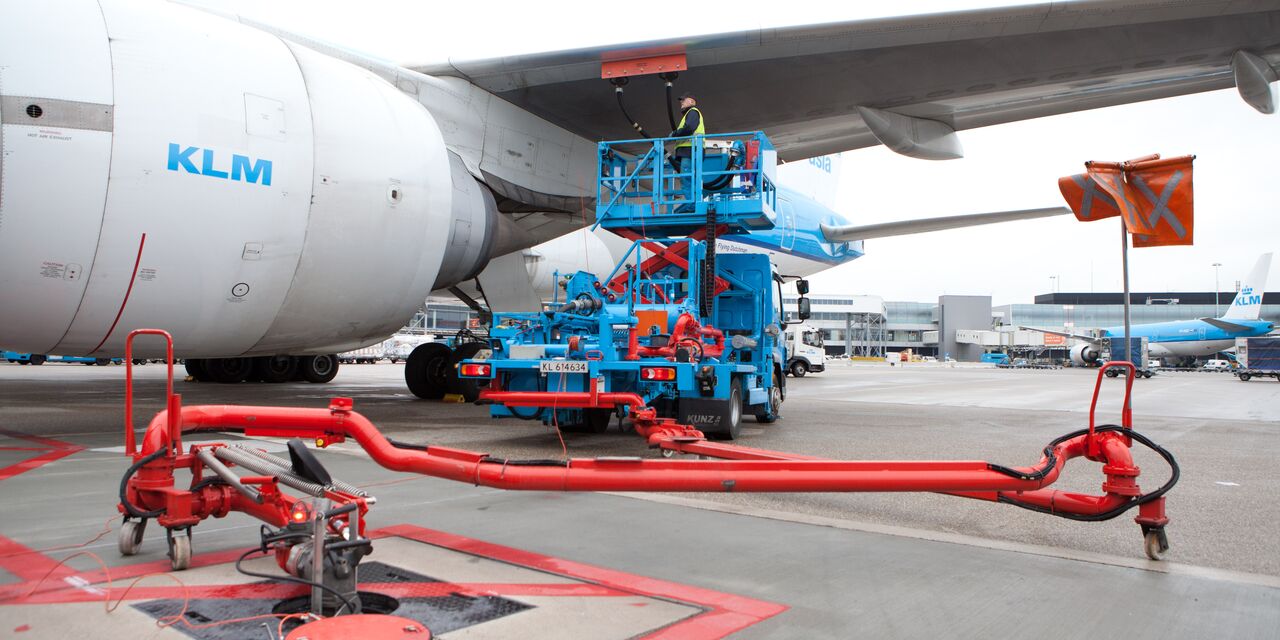